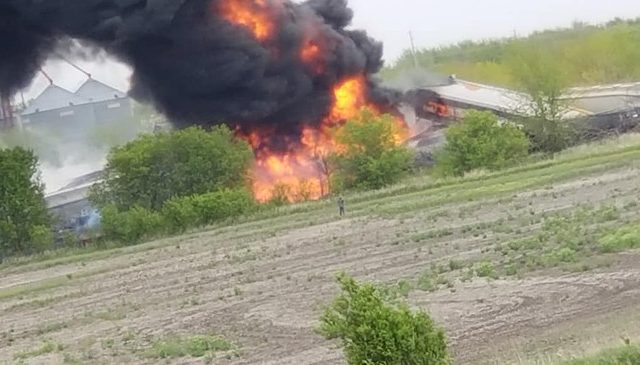 The U-S Environmental Protection Agency says the chemicals on the freight train that derailed in northwest Iowa, last weekend did no environmental harm.

Nearly four-dozen cars of the Union Pacific train jumped the tracks on Sunday in the town of Sibley, prompting evacuations of homes and businesses. E-P-A officials now say the chemicals were captured on-site and secured before any damage could be done. The railroad confirmed the train was carrying hydrochloric acid, potassium hydroxide, asphalt and highly-explosive ammonium nitrate.

Some of the acid was spilled and E-P-A officials say any impacted soils will be sampled and cleaned up in remediation efforts. Some land was also burned by the diesel fire caused in the derailment.