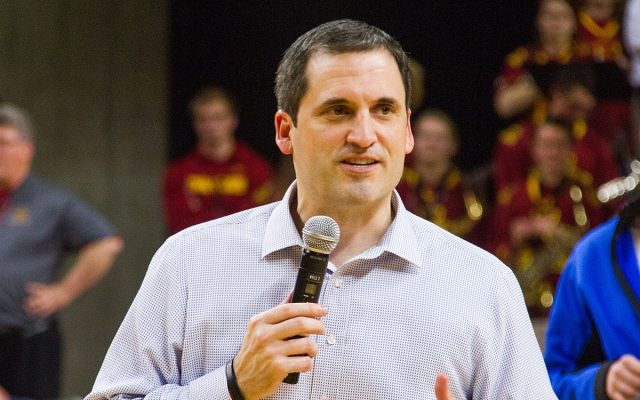 A slow start was too much to overcome for Iowa State Wednesday night, they fell to Oklahoma in the Big 12 tournament. The Sooners built an 8 point halftime lead 36-28, ISU had a 45-43 2nd half advantage. Ultimately, Iowa State couldn’t over come the early deficit and fell 79-73.

Cold permiter shooting hurt Iowa State as they went just 8 of 28 from 3 point range. Cyclones had 3 in double figures including a team high 18 from Rasir Bolton. Oklahoma got a game high 21 from Austin Reaves.

With the loss, Iowa State concludes their season at 2-23. Their 2nd and final win of the season came over Jackson State in Ames on December 20th. They finished the regular season winless in Big 12 play. It was the first conference season without a win since 1937.

Coach Steve Prohm is set to meet with AD Jamie Pollard next week to discuss his future. Here are Prohm’s comments on that subject following the loss Wednesday night.