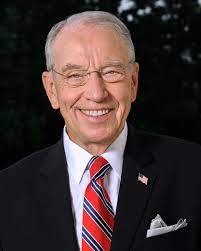 From Radio Iowa- Demand for beef is high in grocery stores in Iowa and across the U-S as beef prices are sharply rising. While there’s plenty of supply, many cattle producers are struggling financially. The lack of transparency in cattle markets is the subject of a hearing Wednesday before the U-S Senate Agriculture Committee, where Iowa Senator Chuck Grassley is the ranking Republican.

Grassley says. consumers and producers are being hurt by consolidation of the cattle industry, and he has had called for a hearing on the matter for months.

(As said) “These farmers have every reason to be fed up with the anti-competitive practices of the marketplace,” Grassley says. “And how anti-competitive? Four big packers kill 80% of the cattle in this country. The system is clearly broken.”

Grassley says he’s hearing pleas for changes in the industry from members of the Iowa Cattlemen’s Association and individual producers who are being negatively affected by consolidation. Farmers claim the big packers are intentionally manipulating beef prices.

(As said) “The situation is that a farmer that doesn’t precontract has a hard time getting a decent price,” Grassley says, “and sometimes even after he gets a price, ‘Well, we’ll take your cattle in maybe three weeks or a month,’ and in the meantime, you feed them seven-dollar corn.”

Earlier this year, Grassley introduced a bill he says is designed to foster efficient markets while boosting competition and transparency among meatpackers. With this hearing, he says he’s hopeful his legislation will gain support or that a compromise can be reached.