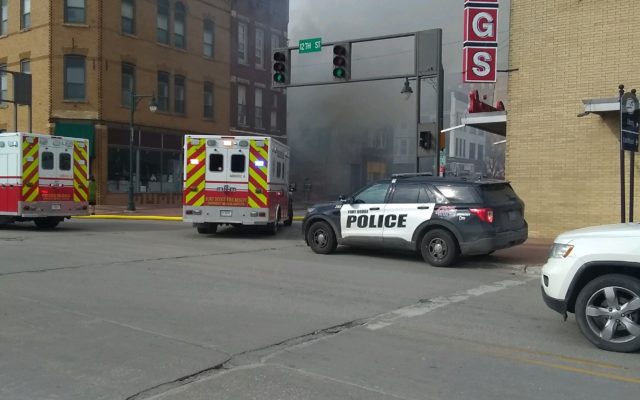 Fort Dodge Fire And Rescue responded Thursday morning to a structure fire. The fire was in Downtown Fort Dodge on Central Ave. near the intersection of Central Ave and 12th St. News Director Rob Jones reported from the scene and recorded a video of the scene which is available on the Fort Dodge-News Alpha Media Facebook page. As of the time of this report crews were still on the scene working to extinguish the blaze. No details on the origin of the fire or if any injuries had occurred were available as of the time of this report. We plan to have more on this story as details emerge.