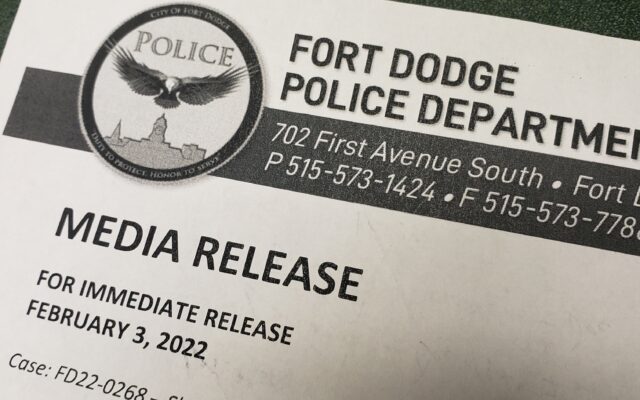 (Alpha Media – Brooke Bickford) Fort Dodge Police responded to a call on shots fired last night. A press release from Fort Dodge Police Captain Ryan Gruenberg states officers first heard the shots while on a call in the 10 block of North 12th Street and then received a call from the telecommunications center of shots fired in the same geneneral area.
Officers observed a dark SUV near North 9th Street and 1st Ave North, a traffic stop was conducted where it was discovered the vehicle had been shot at in the 200 Block of North 10th Street. No injuries were reported and officers have located additional evidence of shots being fired. Anyone with information or video surveillance around the area at the time is urged to contact Crime Stoppers 515-573-1444.