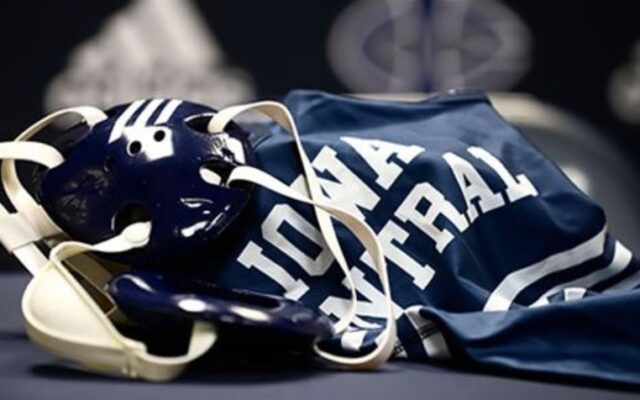 (Alpha Media – Brooke Bickford) Iowa Central alumni Richie Lewis is looking to make a mark in the UFC world. A mark he says may not have been possible if it weren’t for his time at Iowa Central wrestling under Couch Luke Moffitt.

According to the story posted on UFC.com titled ‘Pride Drives Richie Lewis’ by Walker Van Wey, Lewis is hoping to be one in a long line of Iowa Central wrestlers to make it big in the UFC world.

In the article posted online, he credits Coach Moffitt and Iowa Central wrestling for making him the man he is today.

Alpha Media spoke to Coach Moffitt Tuesday. says he is proud of how far Lewis has come.

“He’s come along way pretty proud of him from the guy I got that walked through the door. I saw the fire there and he kinda talked about the chip on his shoulder,” Moffitt said. “Those things you can’t really coach, but you have to know how to deal with guys that are ultra competitive and steer them in the right direction and that’s kinda what we did with Ritchie.”

Coach Moffit said Lewis was a part of the 2015 team that won the national title.

Lewis who left Iowa Central for Rutgers even got a tattoo of the Iowa Central school logo, something Coach Moffit said he knew all about.

“We got back from that tournament and they’re like coach we’re gonna get team tats and I was like no I don’t know about that.” Moffitt said the team kept asking and he changed his mind a few times before they talked him into it.”

Other notable names that have taken their skills from Iowa Central to the UFC include Jon Jones, Cain Valesquez, Joe Soto and Colby Covington