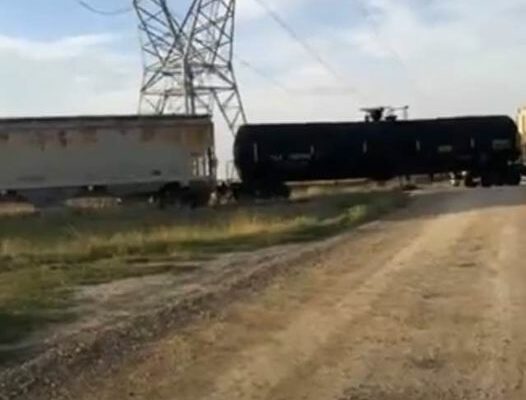 One man was reportedly injured in a n accident last night after he didn’t yield for a train.

The call came into Webster County Dispatch at around 6pm and emergency crews from Vincent and Fort Dodge arrived on the scene shortly after and an individual was transported to the hospital.

On the scene, the train could be seen halted across the railroad crossing along Samson Avenue on the gravel road near 170th Street with a vehicle that had been hit in front of it.

The Webster County Sheriff’s Office assisted in this accident.