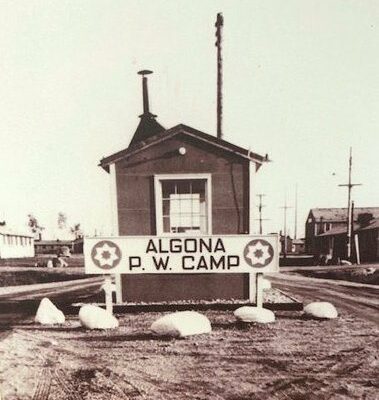 “Even during times of war.. Goodness could be found.” That is the message behind a new movie that follows the real life events that transpired at a POW camp decades ago in Algona

The movie “Silent Night in Algona” is now being shown on the big screen in Fort Dodge.

According to Fort Dodge resident Mike Magruder, who was one of the production assistants on the film, the focus is on the prisoners in Algona from September through December of 1944.

Much of the movie was filmed in Heritage Park in Forest City and the original barracks were also in the movie.

Magruder’s son Noah played one of the German Prisoners of War.

The Algona camp housed around 17-hundred prisoners. A nativity scene created by some of the prisoners while in captivity in Algona in 1945 has drawn visitors to the community for many years.

Showtimes for ‘Silent Night in Algona’ are today through Thursday at the Fort 8 Theatre in Fort Dodge at 3:50 and tonight through Wednesday night at 6:50 pm.