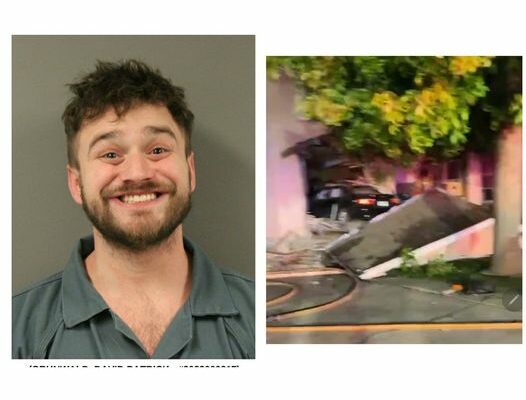 In the early morning hours of May 21st a family received a terrifying awakening when a car came crashing through their front door into their living room. Now, a man faces several charges stemming from the events that led up to and following that crash.

According to Iowa court documents, 31 year old David Grunwald has been charged with 3rd offense OWI, Eluding Police, Driving While Barred and Leaving the Scene of an Accident.

An order was issued for a public bench warrant yesterday by Judge Angela Doyle after Grunwald failed to appear for arraignment the day prior.

The details related to and following the crash were not revealed to Alpha Media as Grunwald had been transported to the hospital with injuries and his name had not been released in relation to the case.

The residents of the home were displaced by this incident but no one was insured.

Grunwald is featured as one of Webster County’s Most Wanted this week.

If you know where David Grunwald is, there is a reward for information through Webster County Crime Stoppers. Please call them at 515-573-1444